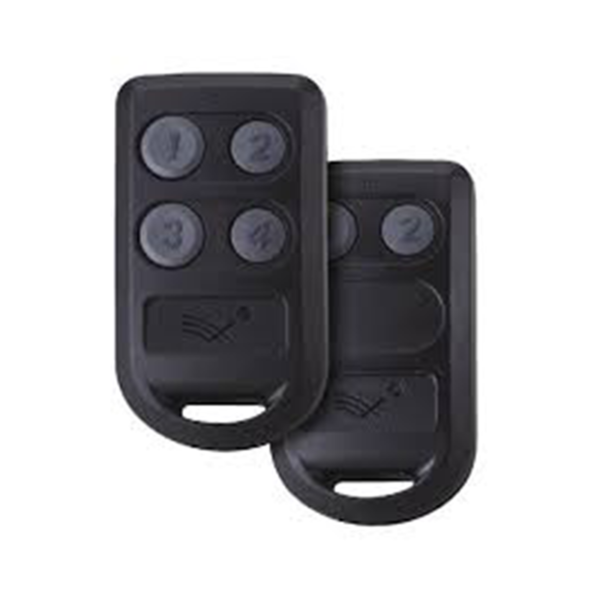 The model WRT-4+ is a 4-button clicker-type access credential, featuring both long-range (upon button push) and proximity operation and Mifare 13.5Mhz chip

Wireless Radio Transmitters and Long Range Receivers with an integrated receive antenna comprise Farpointe Data’s high frequency, long-range identification solution known as Ranger1. Intended for security access control applications, Ranger’s wireless communication is based upon a secure, digital, anti-playback routine2. Ranger Transmitters are available in either a two- or four-button configuration, with each corresponding to its own Wiegand output on the Ranger Receiver. Each Transmitter includes an integrated red LED, used to indicate both positive button press and battery strength.

Ranger transmitters make use of a time-out feature to preserve battery life and prevent interference with other transmitters on the field. When a button is held down continuously the transmitter will transmit the code once and shutdown and will power up once the button is released.

There are no reviews yet.

Brought to you by WisdmLabs: WordPress Development Experts